‘Frozen Music’ is a generative video installation for a large projection surface. Sound is presented as a three-dimensional sculpture that becomes ‘frozen’ in time. Suspended in space, each form delicately shifts and moves to expose intricate qualities. As an audience observes, they experience sound as an architectural element, as each sculpture is created in real-time.

‘Frozen Music’ is a generative audio-visual installation for a large projection surface. Sound is presented as a digital sculpture that becomes ‘frozen’ in time.

Collaborators Cadie Desbiens-Desmeules (aka Push 1 stop) and Michael Gary Dean were initially fascinated by the idea of “the beauty of the unseen ». When observing live sonic waveforms as images, it is impossible to appreciate even a single moment since waveforms flicker and change shape at such a rapid pace. In response, the two artists began developing a variety of techniques to give the illusion that sound is actually standing still, working at the intersection of where the video frame rate corresponds to specific audio frequencies.

Initially, a prototype was created by silently sculpting specific waveforms using audio synthesis. After listening back to the sound that came from this process, the two artists quickly realized that emotionally, the sound and image didn’t really correspond to one another. Some of the most delicate and elegant waveforms forms were sometimes accompanied by harsh, uncomfortable frequencies. Returning with a new approach, Dean and Desbiens-Desmeules decided to capture the feeling of each waveform. Rather than using a strictly literal approach, the final installation flirts with orchestral instruments and soundscapes, while other moments immerse audiences in the low hum of subbass along with its pure and beautiful visual representation.

In « Frozen Music », digital sculptures emerge from cinematic ambiences and delicate melodies while the immense scale of the piece immerses audiences into an impressive environment where sound seems to stand still.

Frozen Music is a co-production between L.E.V. Festival and Gijón Fundación Municipal de Cultura (FMC) with additional support from Canada Council for the Arts. 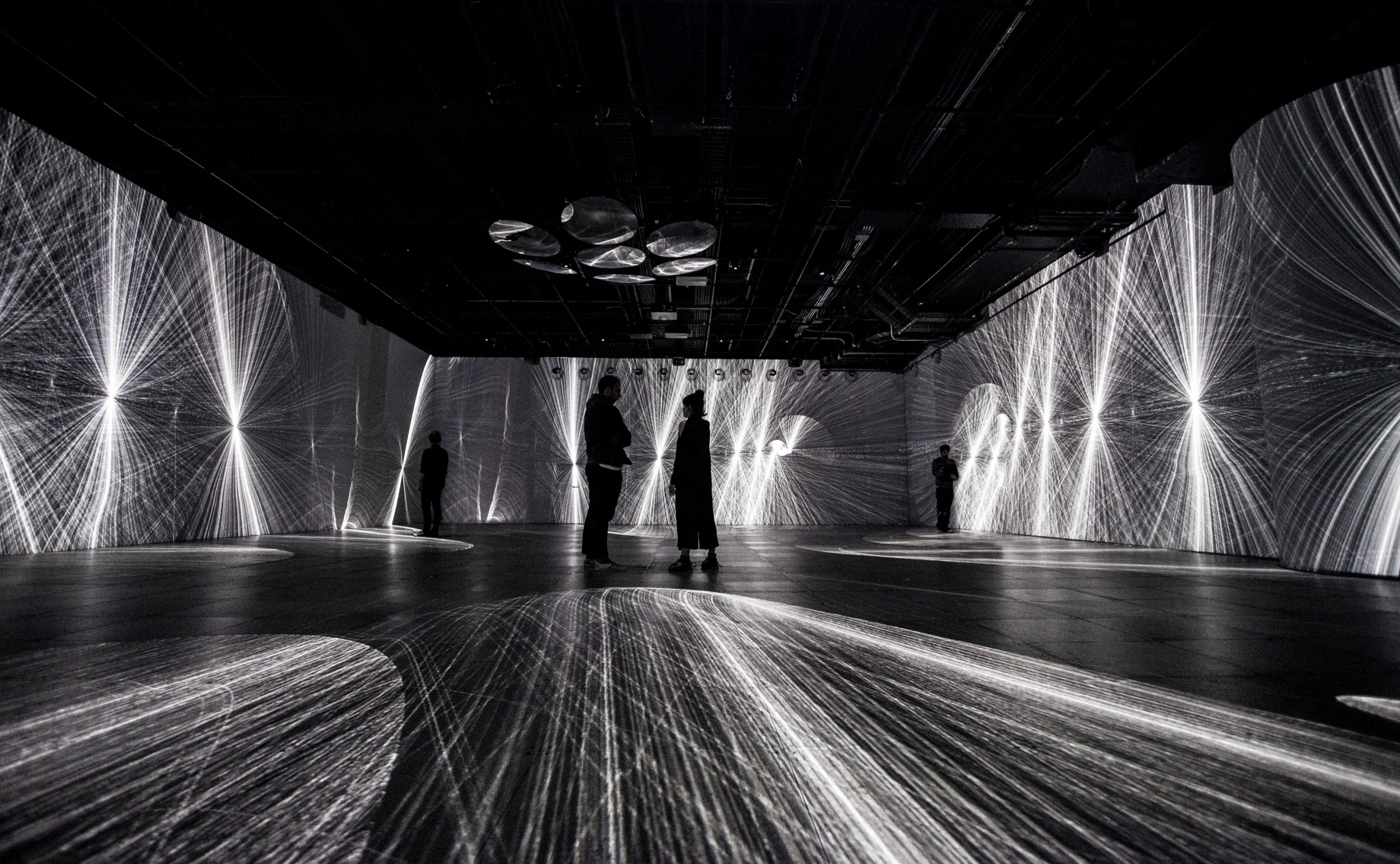 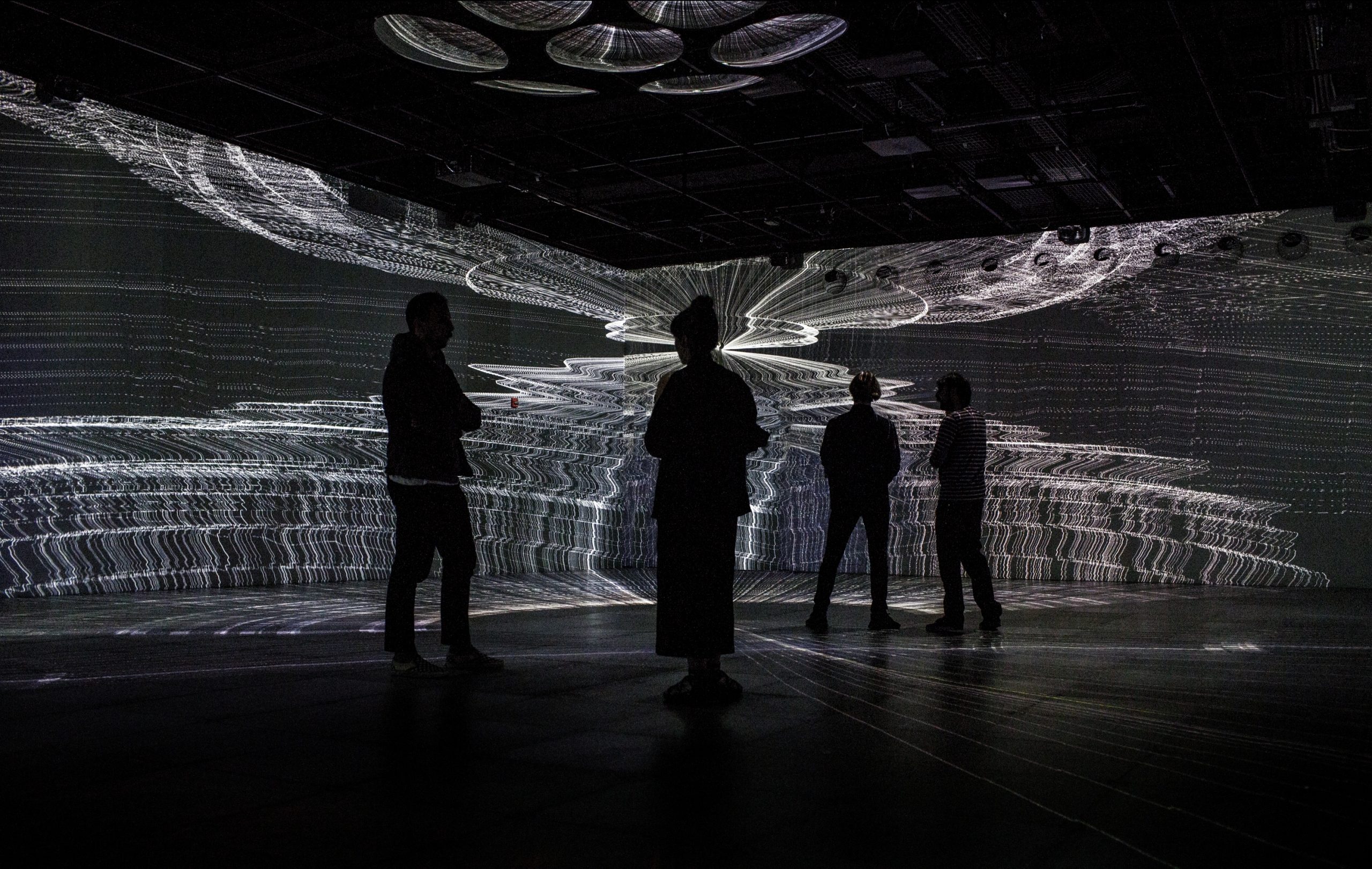 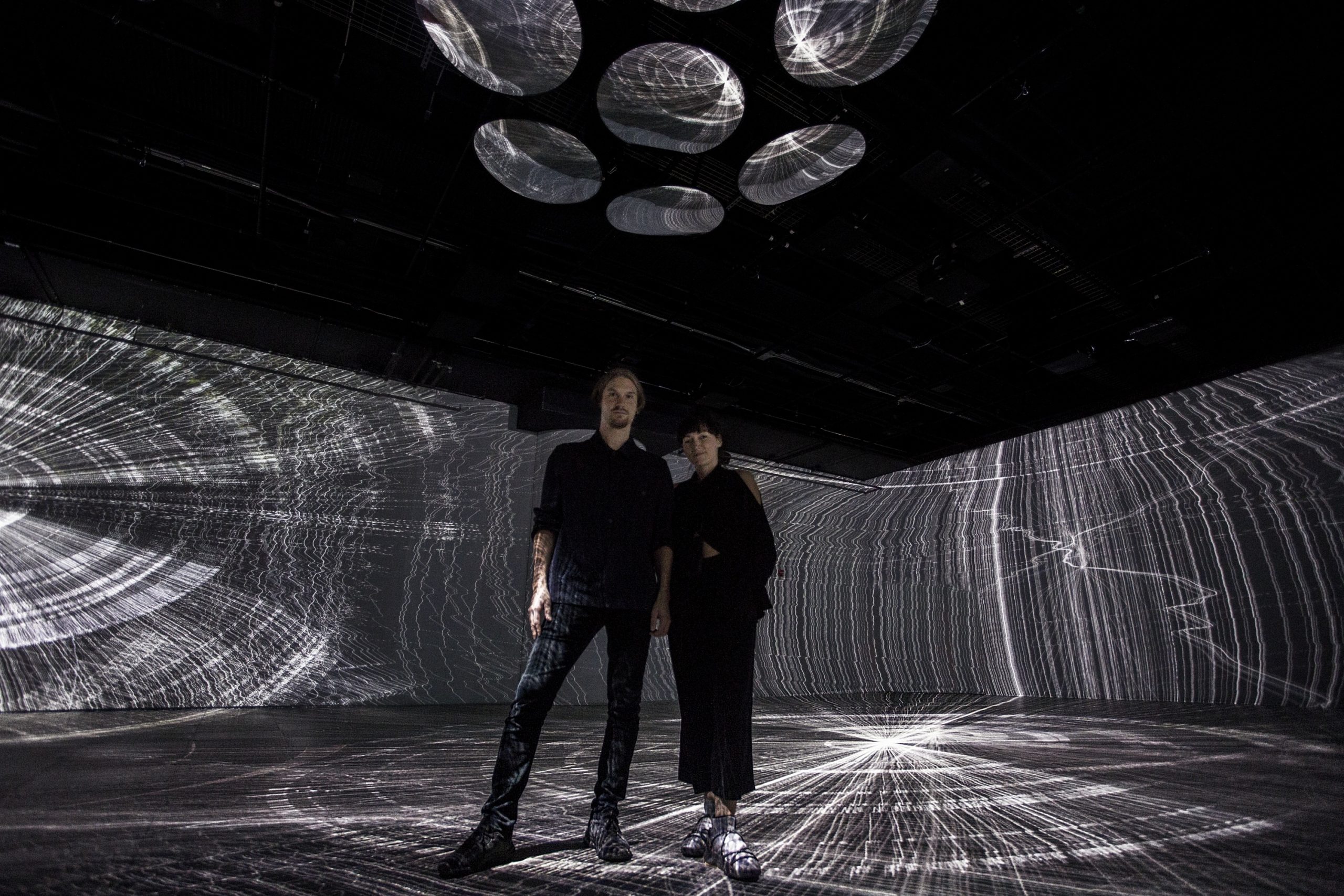 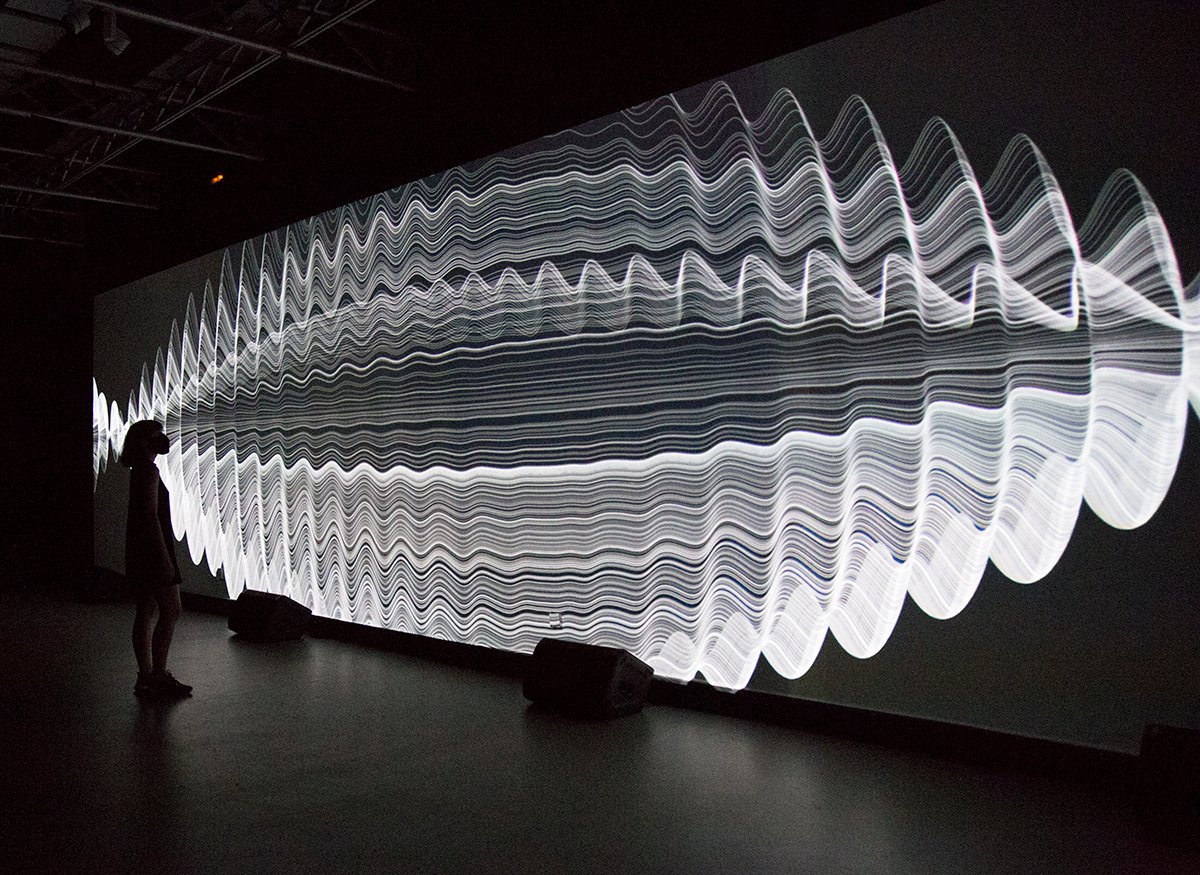 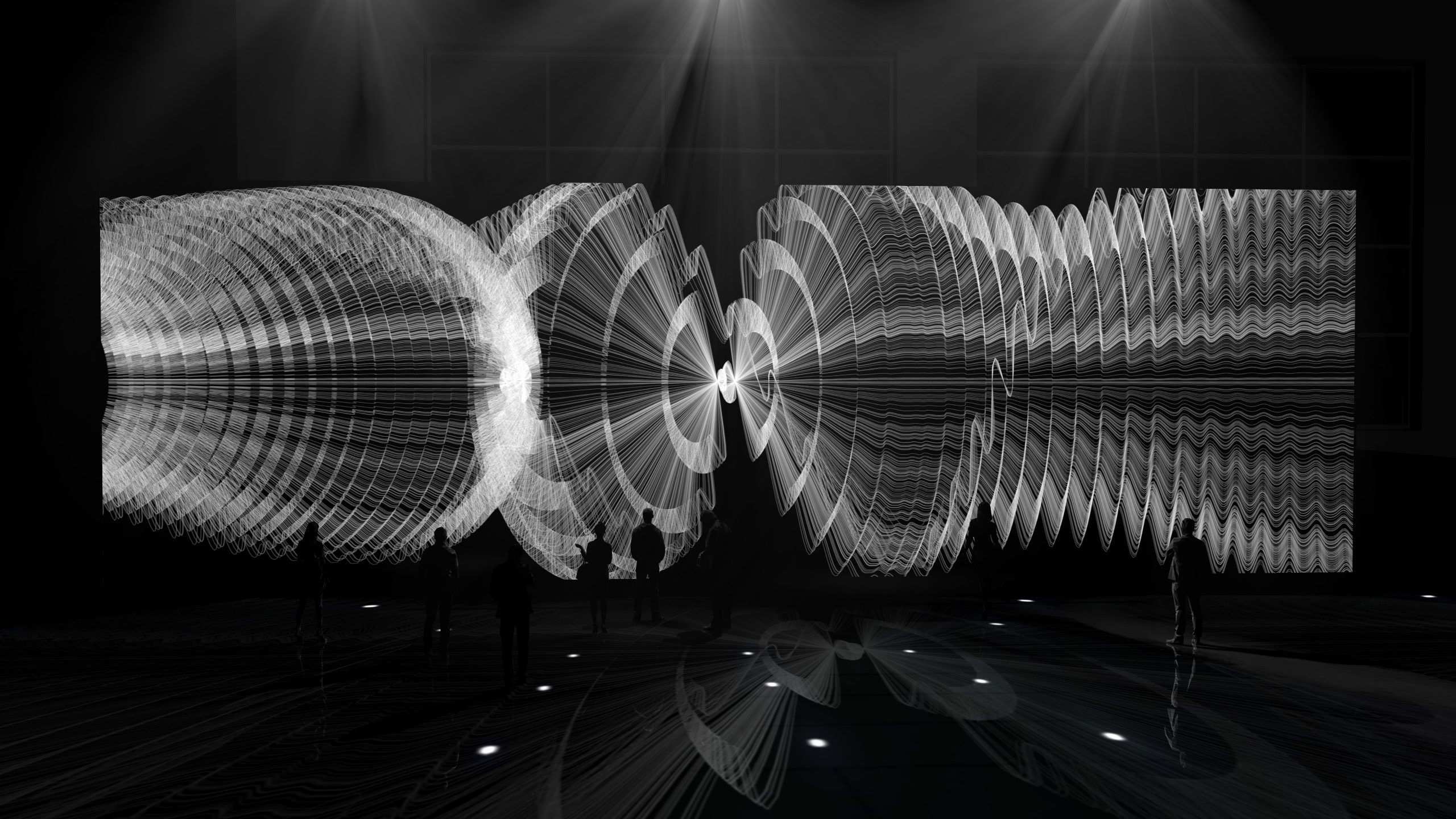 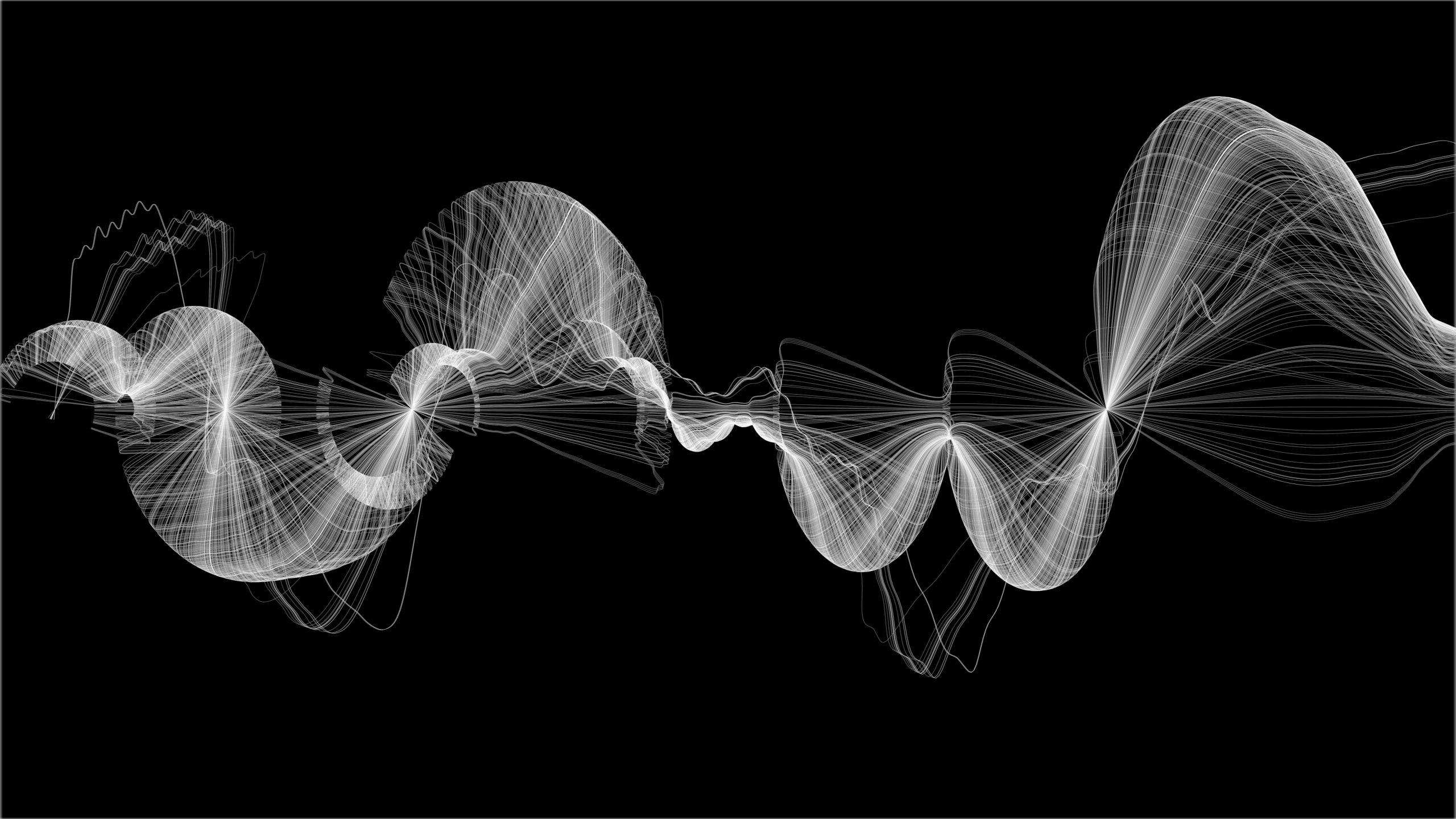 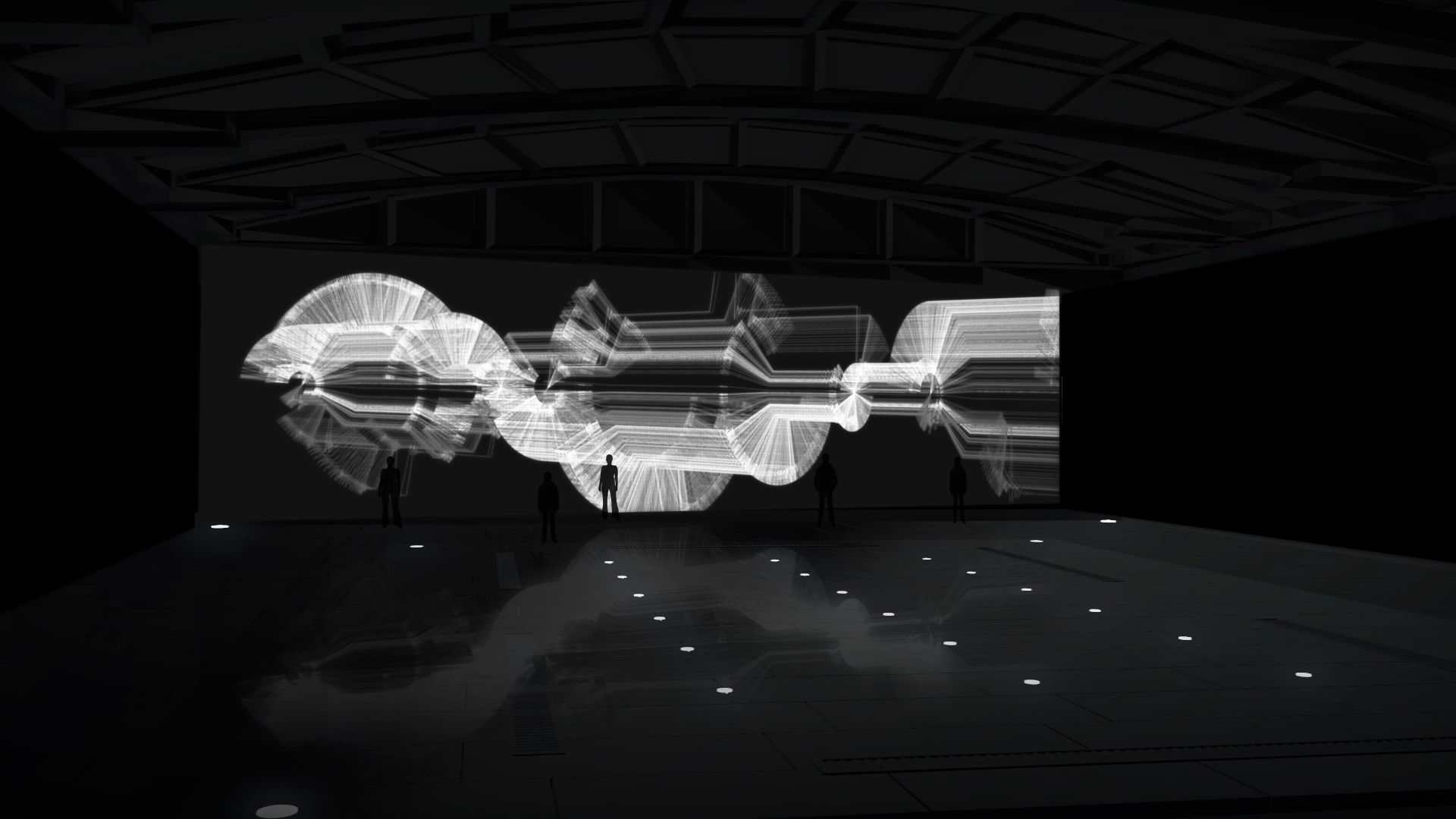 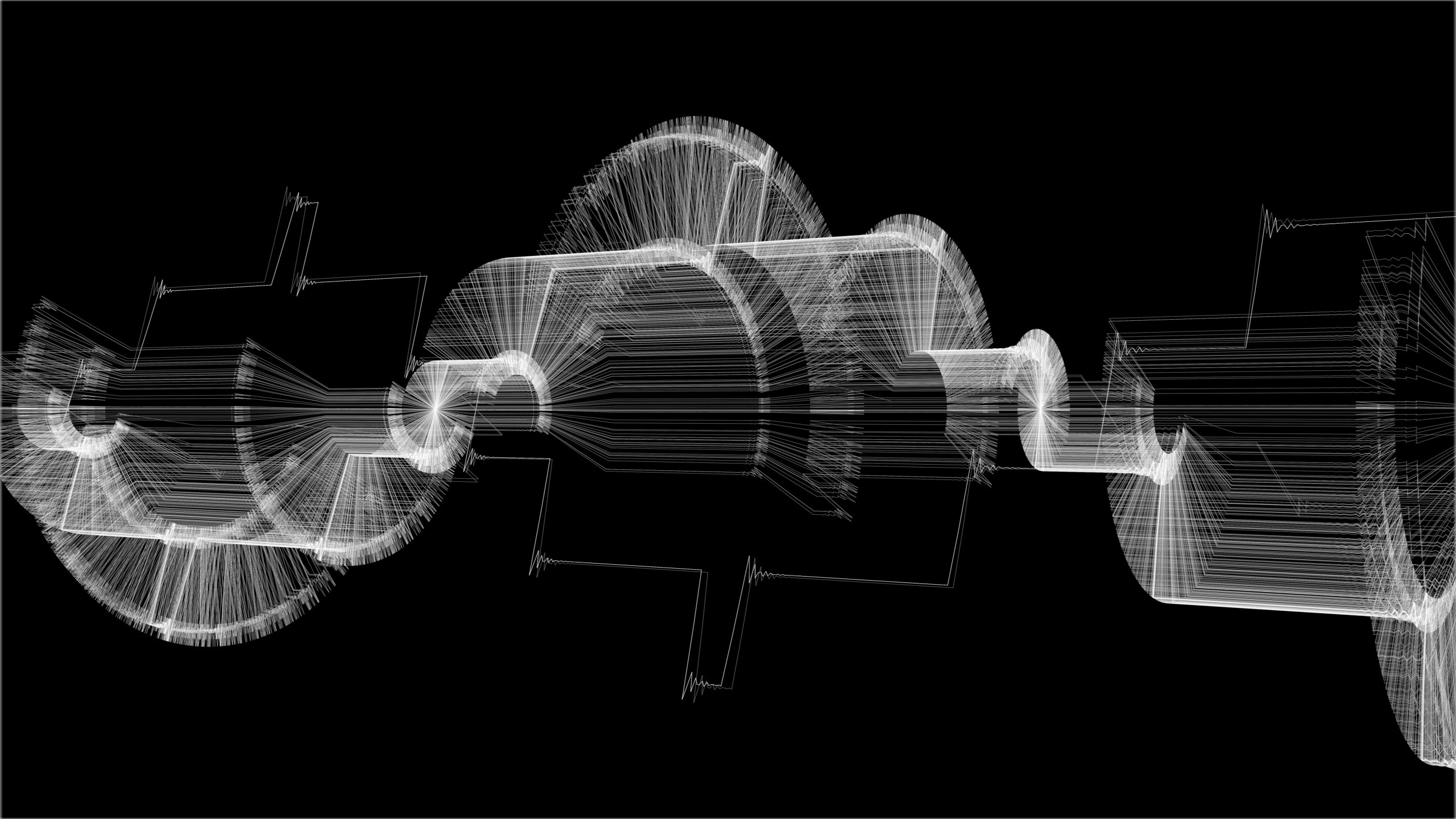 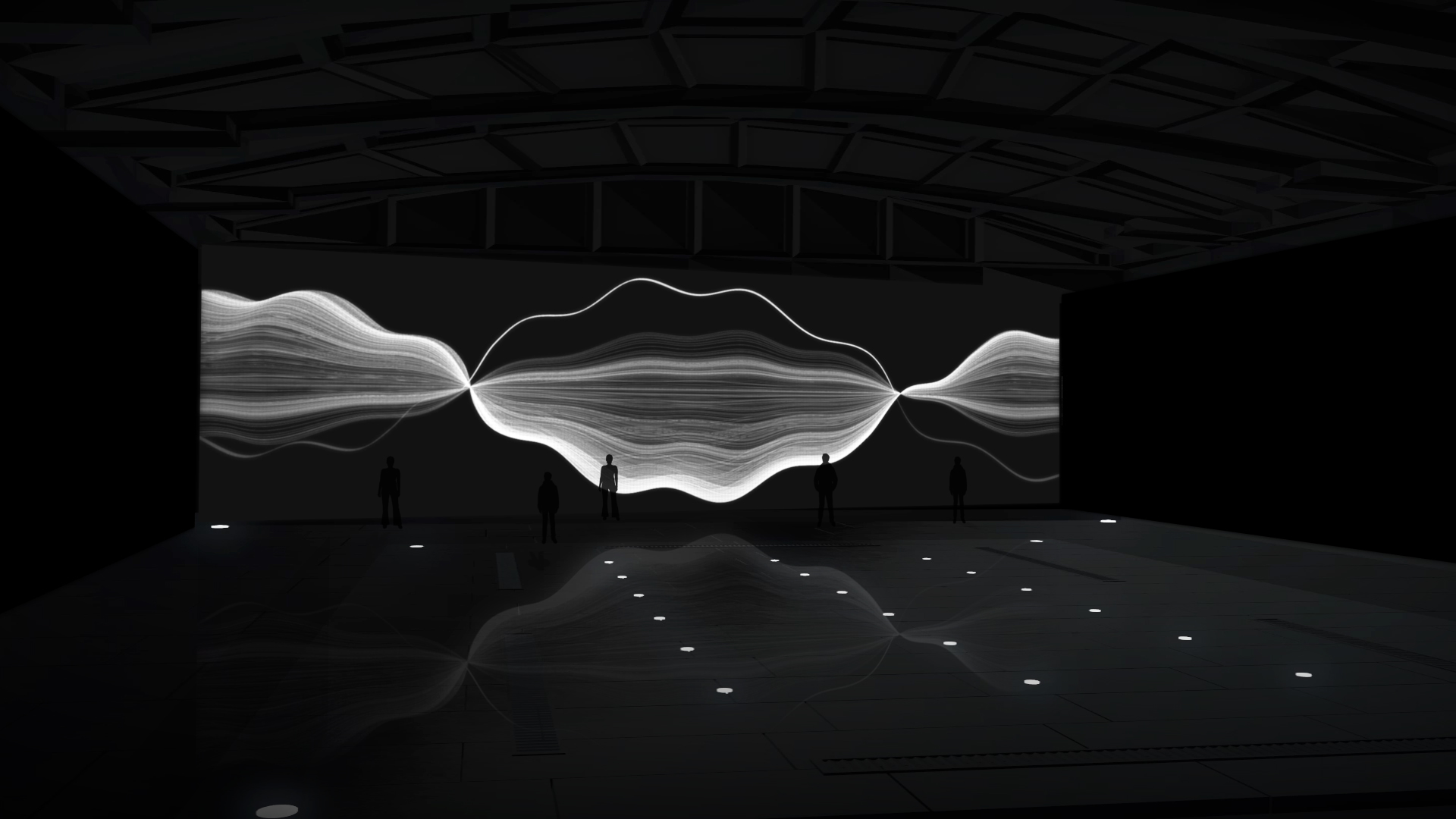